Home/Buying Kratom, Kratom Knowledge, Kratom Tips/Kratom on Reddit: What You Need to Know
Previous Next

Are you a Reddit addict or have you never heard of the site before? Reddit is referred to as the ‘front page of the internet. Basically, the website is a collection of forums where anyone can share their viewpoints, reviews, and news. The site boasts never-ending lists of comments by users about every topic imaginable. Reddit actually ranks seven as the most popular website in the United States. However, if you are looking for hardcore facts and science then you might want to steer away from the popular website. Kratom on Reddit can act as a window into what to expect from brands and vendors but remember, it is ultimately just the opinions of the people who take the time to post.

Kratom on Reddit: The Design and Communities of the Site 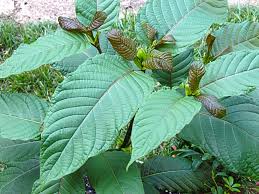 On Reddit, you’ll find millions of communities that are known as subreddits. Each subreddit focuses on a particular topic. You’ll see the name of the subreddit which looks like /r/ and is a part of the URL that the website uses. So, if you are looking for kratom it would be /r/kratom and is where you would go to discuss the herbal supplement, strains, brands, vendors, and more. However, that’s not the only place. There is really no end to options. You can look at /r/kratom vendors! To check out reviews of particular vendors plus indulge in gossip.

When you first look up kratom on Reddit, you might feel confused about what you are looking at. Basically, you are going to arrive at a homepage (also called a front page or landing page). It shows a variety of posts that are trending on Reddit and have been gathered from many subreddits. They come up based on popularity and response hunger. You can sort through the posts by clicking on the icons located on the ribbon menu beneath the ‘create a post’ text box. The icon helps you sort through the following:

Clearly, you can use your imagination when it comes to what the icons mean.

There is a search bar that you can find located towards the top of the page. You can use the search bar to find interesting posts that fit your criteria, or you can look up additional subreddits based on a search term such as kratom on Reddit. If you enter kratom in the search bar, then you’ll find all of the popular posts and relevant subreddits about kratom.

When looking for a topic about kratom on Reddit, can you create your own subreddit if you don’t see what you are seeking? You have to meet certain criteria to create a subreddit. You’ll need to have a Reddit account of at least 30 days old. Your account must also show activity and the minimum number of ‘karma’ points. Remember, you don’t need an excessive number of karma points, but you do need some to make Reddit happy.

All subreddits are managed by moderators (called mods). The moderators volunteer for the position and edit the appearance of the subreddit, dictate the content, and remove posts or ban users who do something wrong. Admins (employees of Reddit) govern the entire site. They have the power to strip any moderator of their privileges if they feel that they have failed or abused their duties. In addition, they can take the step of removing an entire subreddit from the site.

You’ll see arrows near posts and numbers. A user can click on the arrow to upvote or downvote posts which will increase or decrease their visibility. The number reflects how many upvotes or downvotes the post has received. Users can also upvote or downvote other users’ comments. The karma that a user’s account receives is tied to the upvote and downvotes received. Basically, karma boosts your standing and respect in the Reddit community. Karma always brings a great deal of pride to the site.

Users can award others by recognizing their posts or highlighting them. Giving an award actually costs real money which goes to supporting the community as a whole.

Of course, community support is always encouraged. Users can purchase Reddit Premium (the site’s membership program). Reddit Premium costs $6 per month and gives users access to certain features such as the /r/lounge. In addition, the users are given a supply of coins to award. However, most users don’t spend money to enjoy Reddit.

Basically,  Reddit serves as a platform where people can meet, share things, and talk to each other in a positive way about topics that interest them such as kratom on Reddit. Are you wondering about a particular strain? Want to know the best brands? Need to find out about particular vendors? Reddit users can help answer your questions by sharing their own experiences. Friendships have actually formed on Reddit and certain groups for people with similar interests that become very tight-knit.

When posting on Reddit, remember that some subreddits frown on posts that veer from the topic. Always try to stay focused on the topic.

Once you sign up, Reddit gives you recommendations on how to locate popular boards that fit your interests. If you have a particular kratom community that you want to join, then you can enter the name in the search field. You can also search for applicable words that fit kratom. Once you find a subreddit, you can subscribe. Then your homepage will start to show posts from your subscribed subreddits. You can also see your subscriptions in the navigation bar’s drop-down menu which you can rely on to jump quickly between communities. You can even organize things. Users can join as many subreddits as they want.

When on Reddit, you can also go incognito which makes you socially low-key. Without a doubt, it’s one of the coolest features.

Kratom on Reddit is a fun way to learn about the herb, share your interests with fellow users, and stay up-to-date on changing laws/situations. However, remember when reading what people say about the herb that it’s always simply their opinions and might not be written in stone.

At My Kratom Club, we sell a wide array of kratom brands HERE.