In recent years, kratom’s popularity has burgeoned in the United States and users are seeking not only quality but that stands apart from the often-run-of-the-mill varieties available in smoke shops. Kratom connoisseurs look for premium pure kratom that has undergone laboratory testing to guarantee quality.

For centuries laborers in Southeast Asia have used the herb kratom as an analgesic and stimulant to get through the day. Also, in the evenings, the locals favor kratom tea as a social beverage or for special occasions such as festivals. The plant’s active alkaloid compounds Mitragynine and 7-hydroxymitragynine work on the same receptors as morphine in the body but without the dangers. In fact, many people use kratom to overcome opioid use and cope with the often-extreme withdrawals created when they try to go clean. 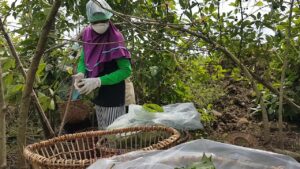 Kratom is made from the leaves of the evergreen tree Mitragyna speciosa. The tropical tree grows wild in the jungles of a multitude of Southeast Asian countries. Depending on harvest time and curing, the active alkaloids can differ among species. There are numerous strains of kratom that differ in alkaloid content and vein color. You will usually encounter green, red, and white vein kratom.

Locals in SE Asia would regularly chew the leaves or brew them in tea. However, nowadays you can buy kratom in the form of capsules, powder, or even potent extracts. Although this process of growing, harvesting, and curing might seem straightforward many people worry about whether they are buying pure kratom or a product that might contain contaminants.

The Process of Kratom Harvest and Curing

For centuries, locals have handpicked, cured, and processed kratom. Without a doubt, it has become an art form. However, unscrupulous individuals might cut corners to save money.

Some forms of kratom, such as the rare Bentuangie strain, undergoes post-harvest fermentation to further enhance the alkaloid content of the kratom.

To ensure pure kratom, this process must not involve any synthetic cleansers, fragrances, artificial colors, or other additives which could prove harmful even if they make the product more visually appealing. 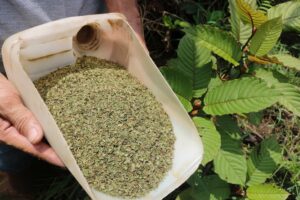 Pure kratom that is pesticide-free

Yes, want pure kratom but there are things to consider when shopping for the herb.

Things to avoid when buying kratom: 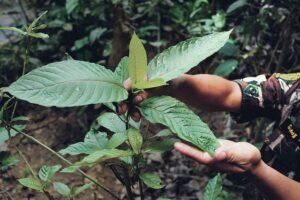 GMP (Good Manufacturing Practice) certification is a set of regulations governed by the US Food and Drug Administration. The regulations are in place to monitor manufacturers, packagers, and processors of medications, herbal supplements, foods, medical devices, and other items to make sure that their products are made and processed in a safe, effective, and pure way. If you purchase a kratom brand that has a GMP certification then you can rest assured that it is pure kratom. At My Kratom Club, we sell premium kratom with GMP certification. In addition, our kratom undergoes testing by USA manufacturers so you never have to worry about buying an inferior herbal supplement.

The Dangers of Lack of Regulations

Sadly, kratom lacks any sort of strict regulation in the United States. Kratom has no significant regulation by the FDA which is one of the main reasons why it is important to purchase a brand of kratom that boasts a GMP certification. Also, make your kratom purchase from a respected retailer such as My Kratom Club who stands behind their products.

Many companies that sell kratom operate online and market kratom that is ‘generic’ or has no discernable brand, so you never know if you are buying pure kratom or if the herb has been mixed with other items. In addition, there is no way to truly know the potency of the kratom that you are purchasing. Dosage becomes difficult without knowing the alkaloid content. Some strains might claim they have high alkaloid levels but have little or no active compounds.

In the U.S.A. kratom carries the categorization of ‘food.’   Calling the supplement, a ‘food’ seems a very loose definition.  However, with the classification, kratom falls under the less-than-watchful eye of the Dietary Supplement Health and Education Act of 1994.  As a food, kratom has truly little surveillance by any reputable government body. Sadly this means may lack purity and could even prove dangerous.

Kratom users want to feel the effects of the herb that they purchase. However, quality kratom does cost money. Sadly, less than reputable vendors will buy subpar kratom that lacks alkaloids. They will make a large kratom purchase of the cheap variations. Then they will spike the kratom with alkaloids to boost their effectiveness. However, this makes the dosage a hit and miss situation. Some experts even worry that playing with Mother Nature increases the potential of kratom becoming addictive.

On April 3, 2019, the Food and Drug Administration made public their findings from when they tested 30 kratom products. “The analysis found significant levels of lead and nickel at concentrations that exceed safe exposure for oral daily drug intake,” the agency said in a statement. Based on these test results, the typical long-term kratom user could potentially develop heavy metal poisoning. Heavy metals damage the nervous system, harm the kidneys, cause anemia, high blood pressure, and/or increased risk of certain cancers.”

The danger of heavy metal contamination appears to be a very real threat and cannot be overlooked by any kratom users. The findings make it extremely important to only purchase reputable brand-name kratom from a respected retailer.

In 2018, at least 87 people located in 35 states became ill from salmonella poisoning. The Centers for Disease Control and Prevention along with the FDA were able to trace the salmonella outbreak back to 19 kratom products. The kratom products were made and marketed by PDX Aromatics and Torched Illusions. However, the potentially deadly kratom was sold under numerous company and distributor names. The widespread contamination forced the government to issue an advisory for all kratom users to stop using the products due to the threat of contamination.

Victims of the salmonella outbreak ranged in age from six all the way to 67. The incident became a wake-up call for many kratom users. At least 14 of those stricken by the poisoning were hospitalized.  The contaminated kratom was in powder, pill, and tea forms. A widespread regal took place and left many leery to try kratom again. The entire fiasco made it clear that users needed to only buy pure kratom to stay safe and avoid potentially dangerous products.

Nowadays, it’s easy for farmers to turn to pesticides to battle Mother Nature. Such harsh chemicals can not only leave a residue on foliage but even invade the vascular system of the leaves depending on the types of chemicals used. Ideally, you should pick a kratom brand that only uses kratom that has been grown with organic cultivation practices. 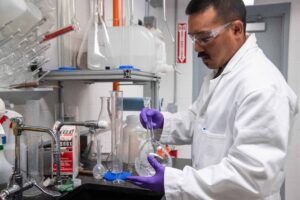 Some kratom brands are not only testing their product with in-house laboratory testing but also third-party lab testing to ensure purity. Lab testing checks for solvents, contaminates (both organic and inorganic), pathogen, heavy metals, and mold. In addition, they test the level of alkaloids so that the dosage is more accurate. The entire process offers reassurance to the client and creates peace of mind. No one wants to invest their hard-earned money in a subpar product.

As kratom becomes more popular, brands have had to step up their game to meet the needs of their clients. Reputable kratom retailers, such as My Kratom Club, sell only brands that have GMP certification, undergo laboratory testing, and boast purity.

Consumers must remain vigilant to make sure that they truly purchase pure kratom. No one wants to buy something entirely different or a product that has been cut without something else.

If you would like to learn more about kratom please contact My Kratom Club. We carry numerous respected brands that offer a truly superior product.