Where is Kratom Legal? What Countries, States, and Counties Can I Use and Possess Kratom

Home/Kratom and Legal Concerns/Where is Kratom Legal? What Countries, States, and Counties Can I Use and Possess Kratom
Previous Next

Where is Kratom Legal? What Countries, States, and Counties Can I Use and Possess Kratom

Kratom remains a relatively unknown herbal supplement in the United States so the question of its legality is often questioned. Are you wondering where is kratom legal? Please continue reading to learn more about the legal status of Mitragyna Speciose. 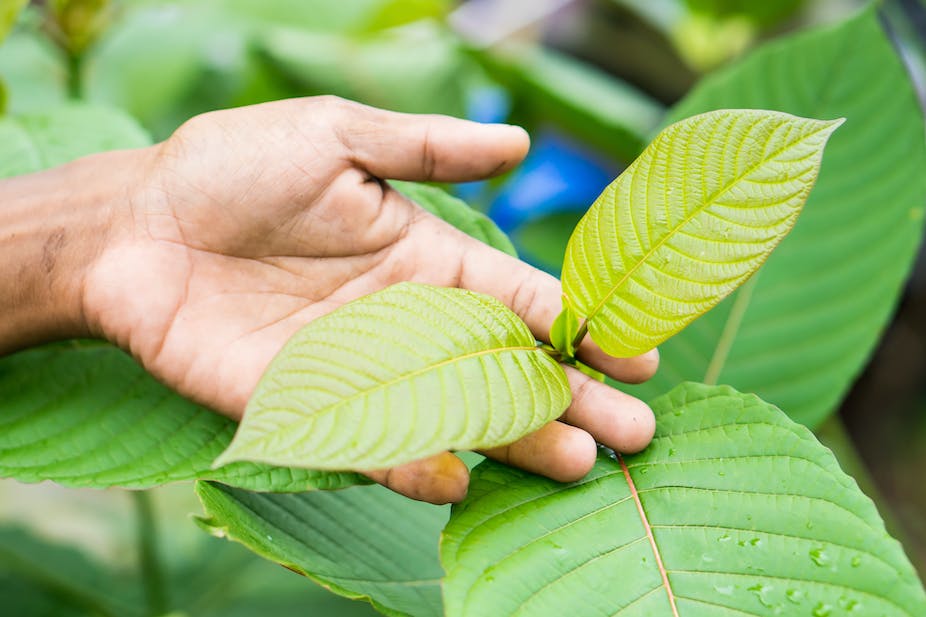 Kratom is obtained from a tropical tree.

Kratom (Mitragyna Speciose) is processed from curing the leaves of the tropical tree that naturally grows in Malaysia, Thailand, Indonesia, and Papua New Guinea. Natives chew the leaves or ingest capsules loaded with the leaf powder. Kratom tea is another popular way to ingest the herb. For centuries, kratom has been marketed as having healing powers and it is also a popular alternative to strong opioids.

Where is Kratom Legal in the USA?

Learn where kratom is legal in the USA.

Many people mistakenly believe that if something is made legal at a federal level then it automatically becomes legal in all 50 states within the United States. However, this is not always true. Individual states govern what is legal within their borders and sometimes they are in dramatic opposition to the legal stance of the federal authorities. Look at marijuana as an example. Despite being a Schedule 1 drug according to the U.S. Drug Enforcement Administration (DEA), marijuana has been legalized in many states not only for medicinal use but also recreational. As you can see, there are serious discrepancies between state and federal laws, and this also holds true for kratom.

The DEA labels kratom as a ‘drug of concern’.  Kratom is concerning because the effects remain unknown due to the lack of research. However, in recent years, studies have started to materialize that are transparent about the lack of serious side effects associated with the herb so at some point the DEA will end up acknowledging the new and ever-changing information.

Most states classify kratom under the heading of a food product and they impose very few if any legal restrictions on the sale and use of kratom even when it is bought online from retailers.

Six states have a ban against kratom:

In the U.S., you will find that most states have legalized kratom, but certain cities and counties still impose rules and regulations that ban the use and possession of the substance.

In all other states, kratom has been legal since the start of 2020.

Where is Kratom Legal in Asia? 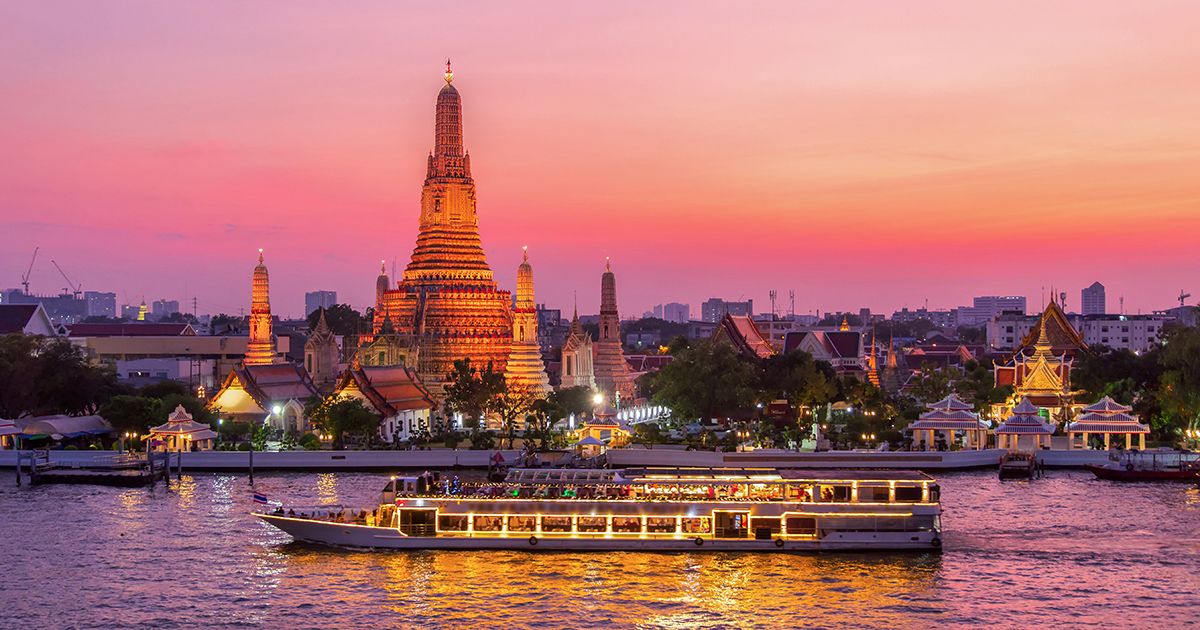 Kratom is illegal in Thailand for recreational use.

Kratom emerged from Southeast Asia where it has been used as a holistic treatment for centuries. Locals used the herb as a stimulant to make it through a long day of arduous labor. Also, locals used it to ease pain, and for other reputed health benefits. In addition, tea fashioned from kratom leaves is regularly enjoyed. At festivals, kratom is also a common addition.

The legal system throughout most Asian countries is remarkably diverse. A few of them restrict the use of kratom.

Kratom is currently legal in the following countries:

Thailand has banned the cultivation of kratom and has classified it as a Category 5 substance which is like marijuana. However, the country is currently reviewing its legal stance against kratom due to its potential medicinal value. At the start of 2020, kratom and marijuana were both legalized in the country for medicinal use but kratom remains illegal for growth.

The Legalities of Kratom in Australia and New Zealand

Australia is very hard-nosed when it comes to kratom. It is illegal to cultivate, use, possess, or purchase the herb throughout the country. New Zealand classifies kratom as a Schedule 1 substance which makes it illegal for importation or exportation. However, you can obtain a prescription from a physician for kratom if you suffer from certain medical conditions. Overall, New Zealand tightly controls kratom. Currently, the legal climate of legalizing kratom in Australia or New Zealand does not appear to show any signs of changing.

Where is Kratom Legal in Europe?

European countries appear to frown on kratom, and it remains illegal in most of the countries. In Ireland, local legislation on use and purchase appears to be changing. The United Kingdom and Italy also might allow kratom in some areas.

Latvia, Denmark, Finland, Romania, Sweden, Poland, and Russia have made kratom strictly illegal. However, you will be happy to learn that other European countries are less restrictive, and the herb is legal. However, it is not readily available so you might run into problems finding it.

Canadian law is remarkably like that of Denver, Colorado in the United States. Under Canadian law, kratom is illegal for human consumption and cannot be sold as food. However, you can buy kratom as incense or non-consumable product. Kratom users regularly overlook the law and purchase kratom for private human consumption in the country.

Even though kratom has been around for centuries, it remains a mystery in many parts of the world. Until it becomes more widely studied, kratom will continue to be viewed with skepticism by many governments and local legalities. The US Food and Drug Administration (FDA) does not view the herb as having any therapeutic benefits but without a doubt, this is due to the lack of studies underway about the substance. Until new information starts to emerge, certain cities, counties, and countries will continue to view kratom with skepticism and, to protect their residents from the unknown, they will continue to have bans against kratom.

The History of Kratom Laws

As 2019 ended, there was no pending legislation that targeted kratom at the federal level, but this does not give the herb complete immunity. The legislation is constantly changing and evolving. In 2016, the DEA had boldly announced that they wanted to classify kratom as a Schedule 1 substance so they could prohibit it nationwide. However, the kratom community rose in opposition to the prohibition.

A White House petition was organized, and they collected over 145,000 signatures and there were over 6,000 letters submitted directly to the DEA. The proactive movement caught the attention of 60 members of Congress who wrote to the DEA to postpone the ban and open a comment period. They received an impressive total of 23,232 comments which were 99 percent in favor of kratom. After much force, the DEA reversed its scheduling of kratom.

Interestingly, the fact that an advocacy group was able to overturn a DEO emergency scheduling is no less than miraculous and one of the history books. However, the legal battle for kratom still rages as the DEA handed over kratom to the FDA. The bias of the FDA against supplements and herbs is well known so at this time there is no way to actively foresee the future of kratom from a legal perspective in the United States

How to Keep Kratom Legal

As you learn more about where is kratom legal, you will start to feel strongly about holding onto your right to buy the herb. As a buyer, you will want to support the movement to keep kratom legal. Consumers can take steps to make sure that kratom remains reputable. One of the keyways is to only purchase kratom products from a reputable vendor either in a brick and mortar establishment or online.

Here are a few ways to keep kratom legal:

As you explore, where is kratom legal, be sure to only buy from reputable retailers.

At My Kratom Club, we are here to answer all of your questions. Please contact us today to learn more about our kratom products.